Mustafa Sönmez – Hürriyet Daily News,  July/06/2015
Tourism, the most important sector that earns foreign currency for Turkey, is having an unpleasant season. This has both internal and external reasons. Some are optimistic; some are pessimistic. The sector has named this “the year of crisis.”

The main foreign currency-generating sector in Turkey that is self-developing wholeheartedly is tourism. Investments in hotels have not dropped their tempo in recent years, especially the Istanbul-based ones. Particularly the Russian market has accelerated the sector. As a result, net tourism revenues, as it is seen in the balance of payments, went up to $24.4 billion in 2014 from $14.5 billion in 2006. This means an increase of $10 billion in nine years. 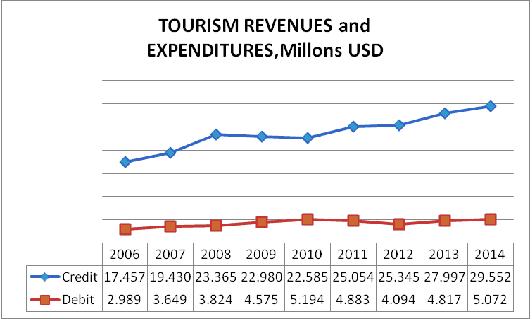 Net tourism revenues have always held a significant place in narrowing Turkey’s chronic foreign trade deficit. For example, in 2006, the foreign trade deficit of $41 billion was lowered by $14.4 billion of net tourism revenue to $26.6 billion; in other words, 35 percent of it. This narrowing effect went up to 74 percent in the crisis year 2009. Last year in 2014, it was over 38 percent.

From Russia to terror

Tourism is important as a foreign currency-generating sector but business has not been good in 2015, at least up to the end of June.

A situation which was defined as a problem for tourism, starting from the second half of last year, was the fall in oil prices in Russia and the Russian ruble’s rapid loss of value.

Russia, which is the second biggest market for tourism in Turkey, has a lower number of visitors incoming to Antalya.

But, now, the terror dimension has been added to the issues and has spread. The issue is not limited to Antalya; it has spread to other regions such as Marmaris, Cappadocia and Istanbul. The reason for this is that Turkey, which had been mentioned in the international arena for its tourism up until yesterday, is unfortunately mentioned together with terror today.

“Do not go to Turkey” stories first appeared in the British press before similar stories appeared in other countries. Turkey was in news stories related to terror.

Tremor in the sector

It did not take long for these international developments to reflect in our domestic sector. According to stories appearing on the website turizmgazetesi.com, tourism facilities in the accommodation segment of the sector started laying-off people instead of hiring new ones just before entering the peak season for the first time.

Those who were not able to pay their bank loans or those who had loans to suppliers and other segments started selling their facilities.

While 14 facilities changed owners last year, including management and property, this year 30 facilities were sold in the first five months.

There are optimistic and pessimistic views for the sector for the second half of the year. Association of Turkish Travel Agencies (TÜRSAB) head Başaran Ulusoy said they were expecting the number of incoming visitors to Turkey to exceed 42 million as of the end of 2015 and revenues to be around $35 to $36 billion.

Despite all the negativities in surrounding countries, Turkish tourism ended the year 2014 very successfully in terms of tourism, he said. According to the U.N. World Tourism Organization, Turkey was sixth in the world in incoming international tourists and 12th in terms of revenue.

According to the Culture and Tourism Ministry’s data for last year, 41,415,070 tourists visited Turkey and tourism revenues were $34,305,903,000. Ulusoy added, “Tourism income has reached 21.8 percent of the export revenues and it has contributed to 40.6 percent of the payment of the foreign trade deficit. Despite all the incidents experienced in the region, Turkey continues to be a safe and peaceful country. Thus, we do not expect a fall in 2015 stemming from the events in our region. We estimate that visitors coming to Turkey in 2015 will be more than 42 million and the tourism income to be around $35 to $36 billion.”

The TÜRSAB head, who has maintained his optimism, hopes to compensate for a portion of the lost market with domestic consumption. Domestic tour packages, which were sold with up to 50 to 60 percent discounts in the first period of early reservation process, have been increasing naturally as the season draws near, Ulusoy said, adding that many tourists have been monitoring early reservation campaigns in search for suitably-priced package tours.

Ulusoy said three million people made use of early reservation last year and they were expecting this number to go up to 3.5 million this year. Interest is high in both domestic and international tours, especially after the month of Ramadan, he said.

The fact that Ramadan fell between the dates of June 18 and July 16 this year was naturally a negative factor for the domestic tourism market, Ulusoy said, stating that a revival is expected in domestic tourism after these dates.

Touristic Hotels and Investors Association (TUROB) head Timur Bayındır evaluated the situation in Istanbul, saying the season was unpleasant; hoteliers in Istanbul were barely making ends meet and the number of hotels for sale was increasing.

“Our largest markets are Germany and Russia. Everything has to be done not to lose them. Everybody takes tourism for granted. Governments do not care much. It is missed how important a sector tourism is in terms of employment and the money it brings to the country. The course of events in tourism is not good, including in Istanbul. There is a very rapid construction of bed capacity in Istanbul but there are no tourists now to occupy them. Room prices have fallen. Now, we are working at a price just to make ends meet. The number of hotels for sale is increasing. We expect layoffs any time these days,” he said.

Bayındır said even the bestselling hotels of Istanbul have dropped prices around 7 percent to 10 percent. The Asian side of Istanbul was also in a difficult state, he said, adding, “On this side, five-star facilities have dropped prices 50 percent and [have been] selling rooms at 50 euros. Our expectation is an option to delay the paying of social security premiums and some relief in tax matters.”

Meanwhile, according to the May 2015 Country Performance Report by analysis company STR Global, occupancy rates in Istanbul during the period January-May 2015 was down 66.9 percent. This rate was 63.3 percent in the same period last year. However, the average price of a room has gone down to 122.1 euros from 126.9 euros.

Sector representatives said there were price reductions even in Istanbul’s best-selling hotels, also citing the example of the Asian side hotels that reduced their prices.

On the other hand, the increased bed capacity and bed supply in Istanbul, especially in recent years, does toughen the competition for hoteliers, they said.